Regardless of it being vegan, this Vegan Red Berry Tiramisu Cake is getting me in the mode for spring. Despite the fact that the strawberries are from Florida, the mere sight of bright red berries inspired me to make something different: light, fruity—and yes vegan. 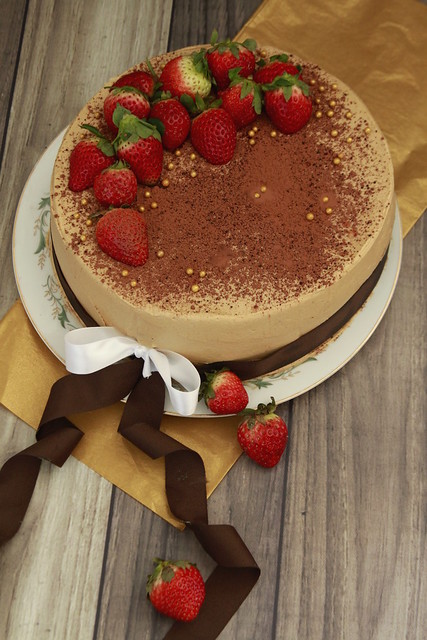 I had come across this vegan-red berry-tiramisu thing from Chef Chloe, winner of a Cupcake Wars episode way back in 2011. An acquaintance working in Chloe’s as-of-2015 newly opened store, had some overflow. Trying the cupcake definitely opened me up to vegan vanilla cakes. I know vegan isn’t ‘bad,’ but I think people misuse vegan products. When I worked in retail, I cannot count how many times customers assumed that vegan equated to fewer calories. Vegan was blatantly being falsely perceived as diet food. 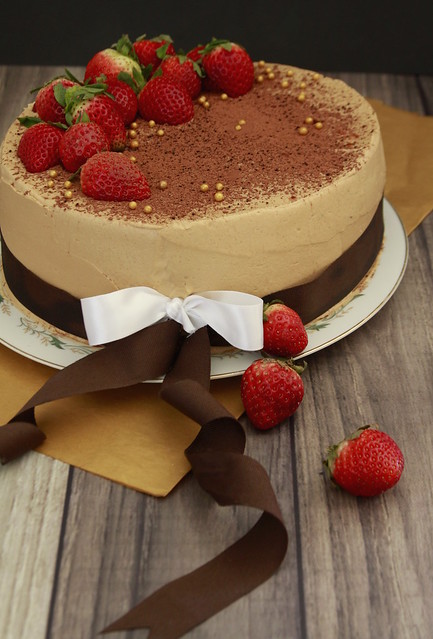 I had made vegan products and the past this Vegan Red Berry Tiramisu Cake has a very good crumb. Vegan baked goods can be one of two things: overly greasy or severely dehydrated. The vegan red berry tiramisu cake comes together like a pancake batter. Slightly soupy, with lumps and bumps, it looked like I made a mistake. Under-beating this batter is crucial. I tried this both in a stand mixer and by hand. The stand mixer batter (though silky and smooth raw) baked up tough and rubbery. The hand beaten batter (though lumpy) baked up moist and bouncy. 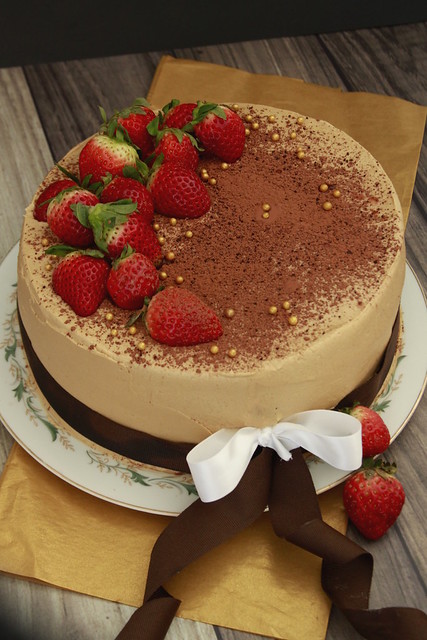 Initially meant to be cupcakes, I tested the limits of this recipe. I made a single, double, and triple batches all for 8-inch cake pans. While these cupcakes can be controverted into cakes. A double batch is the absolute threshold for this recipe. When tripled the leaveners got super funky and it ended up being both burned and under baked at the same time. 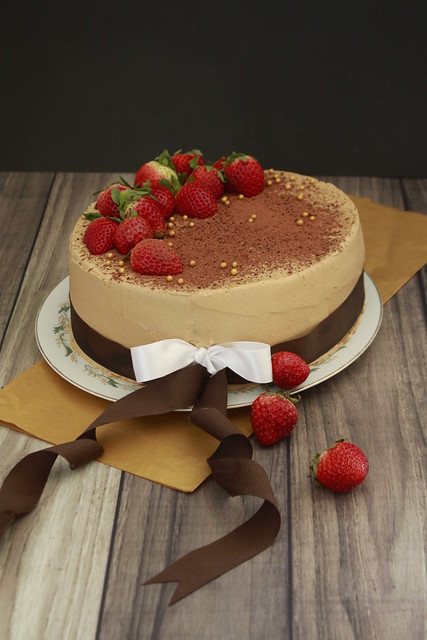 I am not an immense fan of vegan frostings, I dislike the overly fatty mouth feel shortening can leave in your mouth. Plus I like the actual taste of butter. I followed the recipe but in the future I’d honestly just make a non-vegan frosting. I ain’t restricted but for this blog post it’d seem sort of dumb to do a partially-vegan cake.

Since seasonality was at play I did a mixture of raspberries and strawberries. If you’re thinking of a different berry, I’d definitely suggest having one portion of the berries being raspberries. The tartness of these berries cuts through the amaretto and decadent frosting of this Vegan Red Berry Tiramisu Cake.