Unicorns and Rainbows, funfetti, confetti cake, whatever you call it—something mythically angelic happens when you fold sprinkles into batter.

This type of cake is something much more than a colorful cake. This Unicorns and Rainbows cake is an ode to one of my former places of employment—Baked & Wired in Washington D.C. 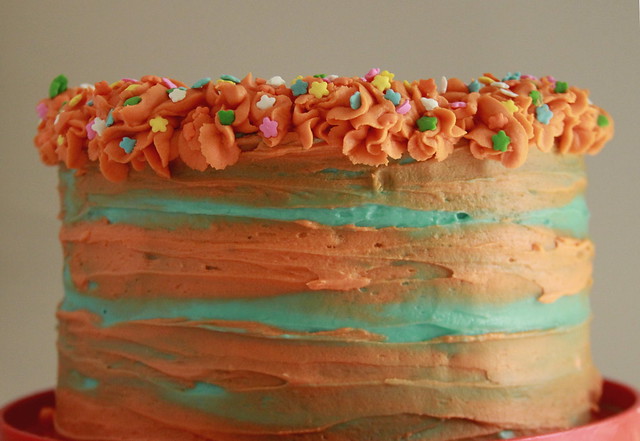 I hope everyone down in D.C. recovered from the crazy snowstorm that was Jonas. I could only imagine how horrible those brick-lined sidewalks were in Georgetown. 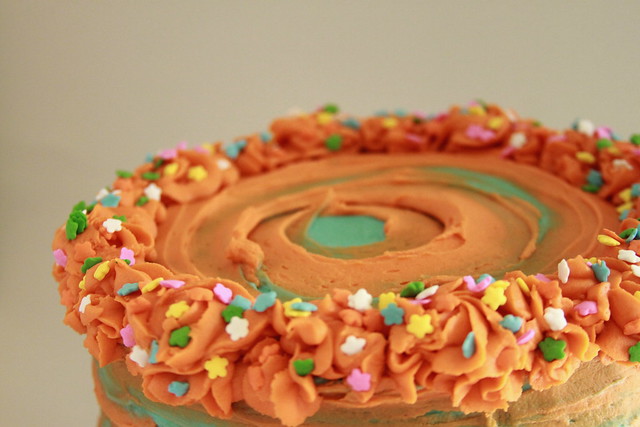 I’m not a cupcake person. The cupcake craze—set off by Magnolia’s in NYC—spread outward and is still a thing, heck there are shows dedicated to these mini cakes. To me cupcakes, at least tasty cupcakes, are hard to come by. Most specimen suffer from terribly dry cakes and insulin-spiking sugary frosting. For the $3+ most cupcakes are going for, I gave up on trying to find good cupcake.

Baked & Wired changed cupcakes for me completely. The D.C. Bakery took classic American flavors—Texas Sheet Cake, German Chocolate, Vanilla-on-Vanilla—and transformed them into cupcake sizes. Each of their cupcakes maintained a moist dense cake and a complimentary (not over bearing) frosting. My favorite part of the cupcakes were the wrappers. I loved peeling on the thick parchment paper and scraping the crumbs from the wrapper with a fork. Each morning I’d savor a cupcake wrapper (saving the actual cupcake for dinner) in the same sort of fashion. A strip tease really, slowly peeling the outer garments like that and using all of my will to not scoff the actual cupcake down. 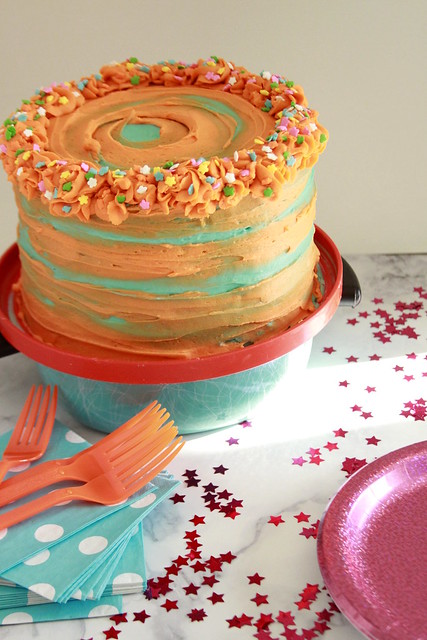 I was lucky enough to work for the owners, Tony and Teresa, and I have nothing but wonderful memories. Working me for fine tuned my love of cakes and baked goods. I hope I can make them proud.

In honor of Baked and Wired, I made a cake-sized version of the bakery’s strong staple flavor—Unicorns and Rainbows. Among the frequent visiting college crowd of GW and AU customers, it was called “uniporn and rainhoes.” Classy, I know. 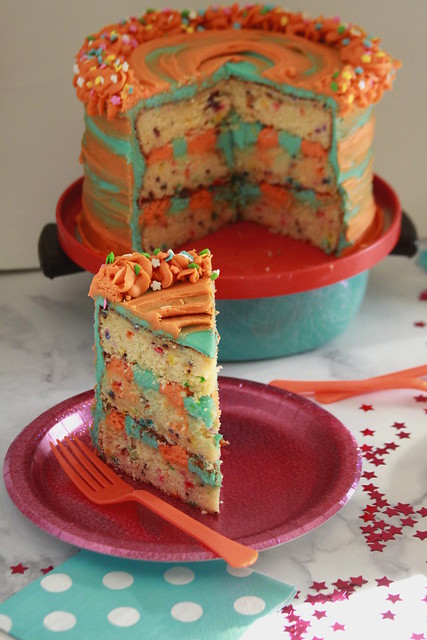 What makes this Unicorns and Rainbows Cake moist and extra vanilla-y is the use of homemade pudding in the cake batter. In order to distinguish the frosting to be extra cream-cheese-y, I cut down on the butter from ½ cup (1 stick) to ¼ cup (½ stick) and kept the cream cheese to 20 ounces.

I divided the frosting and colored the separate batches. Whenever the bakery was switching to a new color frosting for the Unicorns and Rainbows cake, they’d always adorn one cupcake with the two frostings. The rule was that this special unicorn and rainbow cupcake was free to the recipient. Whoreceived the cupcake was up to the discretion of the staff. I remember giving several special unicorn and rainbow cupcake to a few small children. 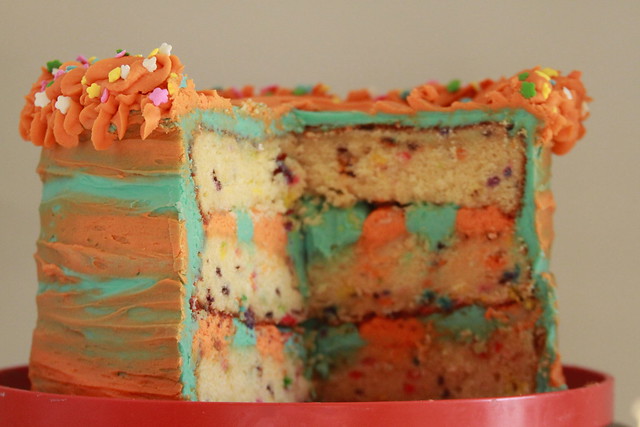