Make baking joyful this season with these Pumpkin Whoopie Pies! These incredibly moist cakes come together in no time. The vanilla bean cream cheese frosting is the perfect filling to a wonderfully spiced cake! 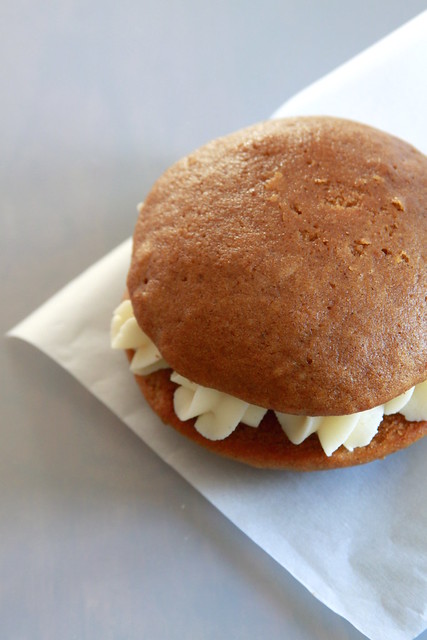 It’s almost here—Thanksgiving. As the internet gets bogged down with pie recipes, I wanted to share my favorite go-to whoopie pie recipe.

I’ve tried countless whoopie pie recipes, so it’s rare when I find one I like. For me, a whoopie has to be moist. Nothing is worse than biting into two fat blobs of dry saw-dusty cakes that crumble like cremated ashes. When it comes down to it, whoopie pies are dessert sandwiches, so whoopie pies need to be moist and sturdy. 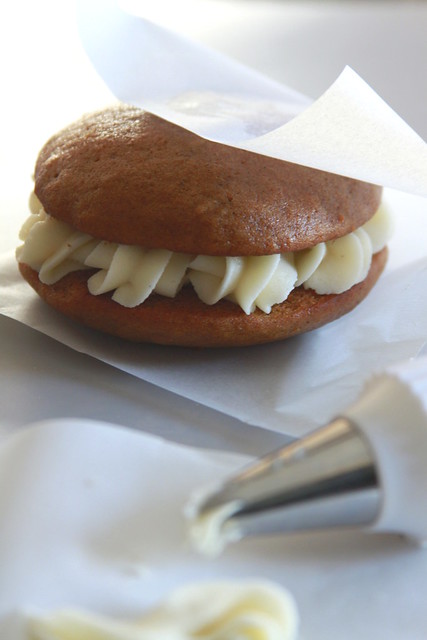 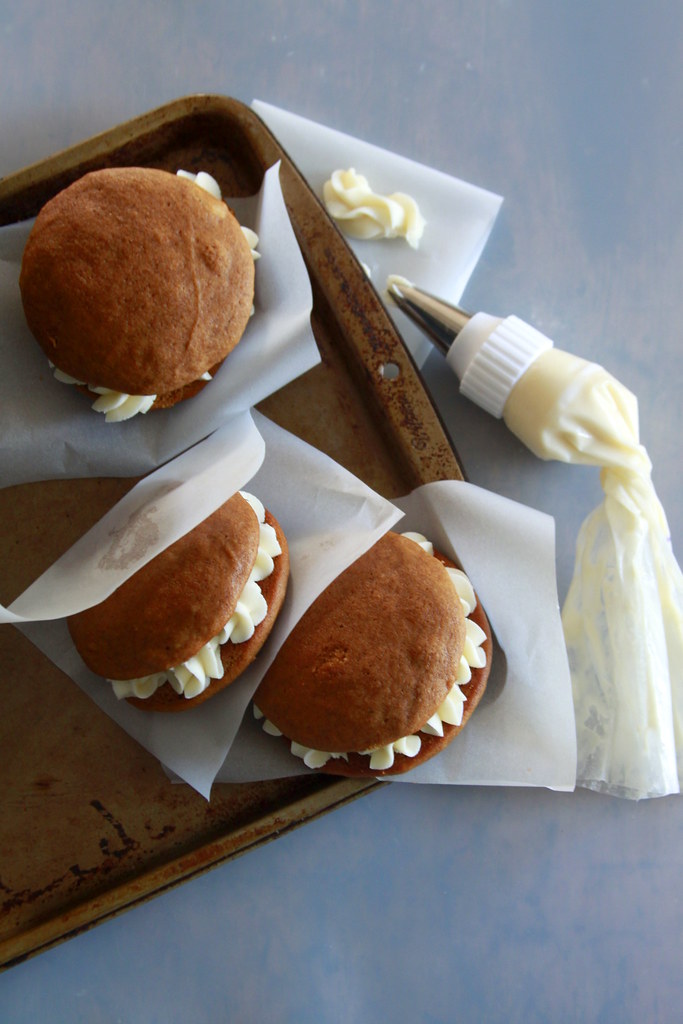 This no-fail vanilla bean cream cheese frosting compliments the complex flavors of the Pumpkin Whoopie Pies. Not only is the flavor spot on, but the frosting is the perfect consistency. The frosting will hold up and not ooze out of the sides. 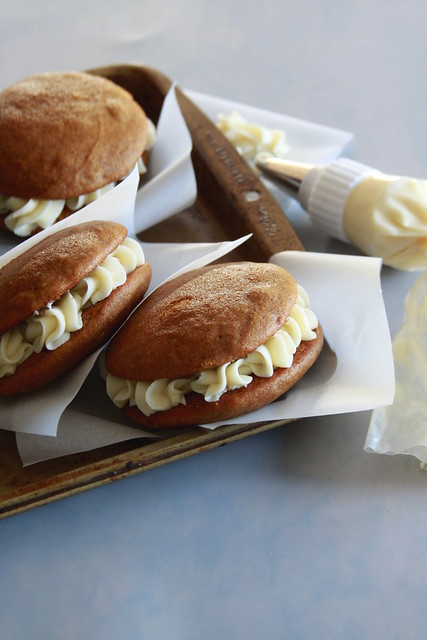 The pictures are simple and crisp, because I think these Pumpkin Whoopie Pies shouldn’t be reserve for the autumn season. They’re downright delicious and should be a staple in your recipe box all year long, or while pumpkin puree supplies last! 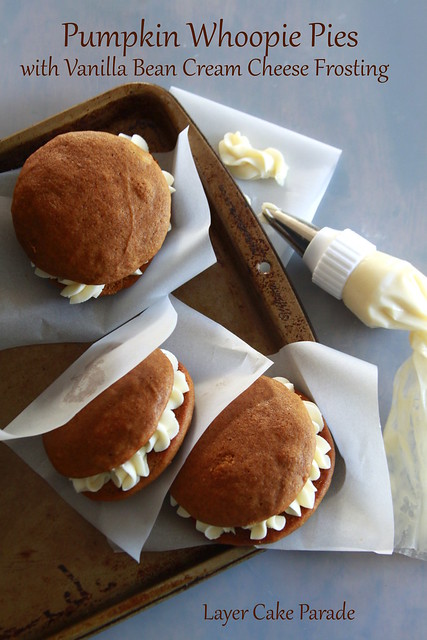