Get your Mardi Gras celebrations going with this Mardi Gras Party Cake! Butterscotch and cinnamon give this cake a unique flavor that is piled seven layers high. Colorful frosting gives this cake the needed festive Fat Tuesday treatment! 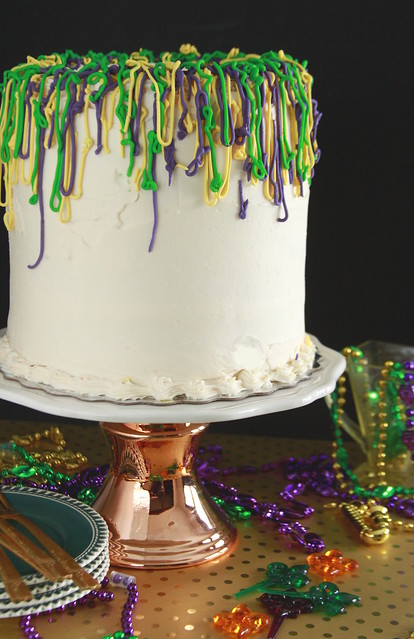 Paying homage to New Orleans’ famous doberge style cake, this Mardi Gras Party Cake is half doberge and half parade float. I describe it as a parade float, because this cake is seriously that monstrous in size. 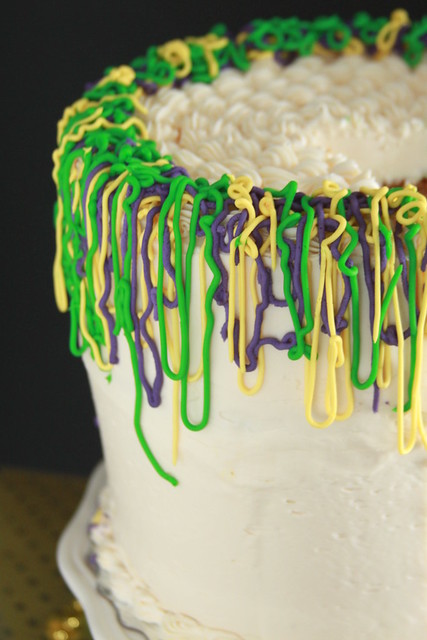 The recipe needed a some alterations from it’s mid-century pamphlet origins. Butterscotch seldom has that luscious rich caramel flavor. Instead it turns into a caramel colored substance that’s closer in flavor to corn syrup. To combat the sweetness, I added a hefty dose of cinnamon. The cake itself needed more fat, so I added oil. That sort of addition did not interfere with the ratio of ingredients. In fact, the addition of more fat made for a smoother, moister crumb. 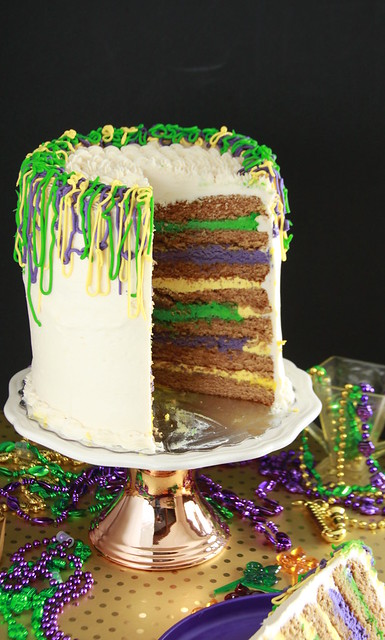 I did not write out a batch of frosting, feel free to use any sturdy buttercream. In reality, you need like 4 to 5 batches of frosting to coat this behemoth of a cake. Yes it is a 1: 1 ratio of cake to frosting but this is Marti Gras! It’s the last bug bash before a shameful bout of lent and restriction. 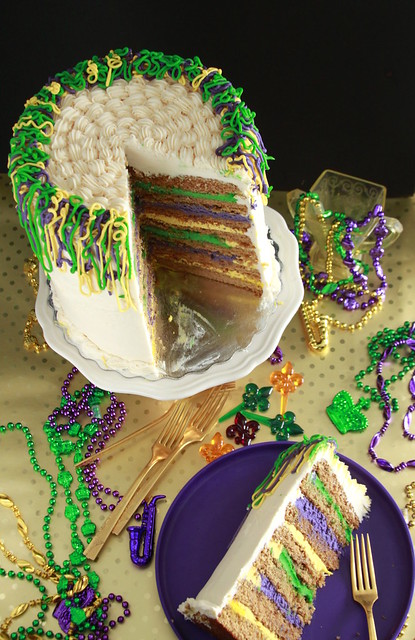 I’m providing the cake recipe only because the frosting recipe is a basic buttercream. I made 4 1/2 batches of frosting in order to layer and decorate the cake. 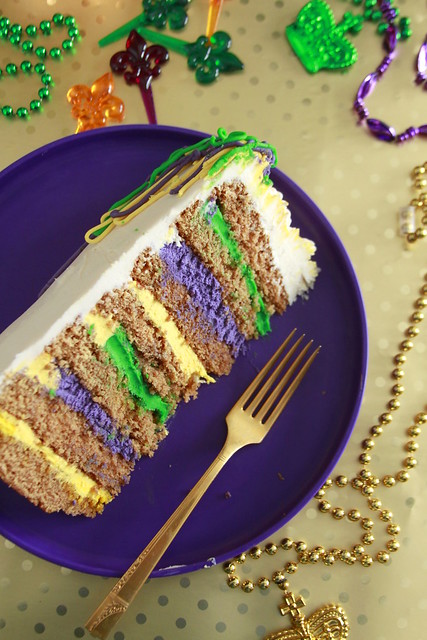 Lets enjoy this cake and parade it around like it was a float going down Bourbon Street!