So remember a few months back I discussed in a post my frustrating disdain for French macarons? Oh the irony! Here I am making macarons! If you’re going to start making something new, you might as well make the classic: french macarons with french buttercream. It’d be too boring to simply say French macarons, I dubbed them French Country Macarons due to their color of soft blue and creams. 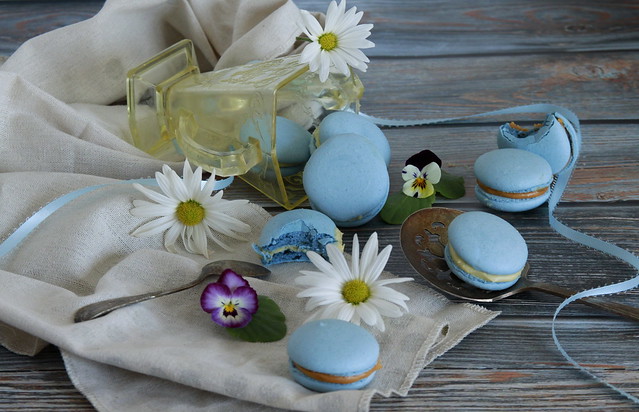 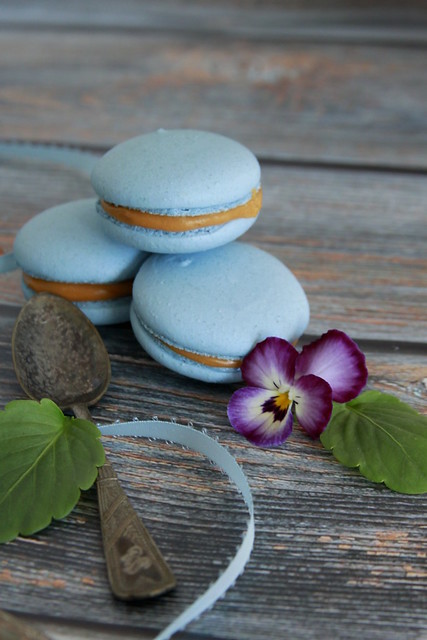 I think the sticker shock of almost $3 a French macaron got me motivated. Baking successful macarons is far from easy. The internet, with its super saturated amount of food blogs, gives the assumption that French macarons are feasible. The variables for screwing things up are far and wide. 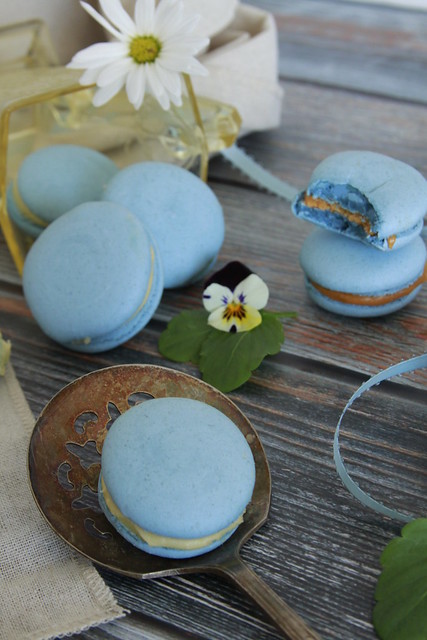 There are enough websites out there to give you advice. If you want some serious information check out Food Nouveau and Syrup and Tang. In terms of unit measurements, use grams. These French Country macarons, heck any macaron, are finicky devils. Eliminating one variable of inaccurate ratios will save you a lot of grief and a lot of wasted expensive almond flour. Don’t bother with the French method. Though there added step of a simple syrup is bothersome, the Italian method creates a stable meringue that won’t deflate drying the macaronage. 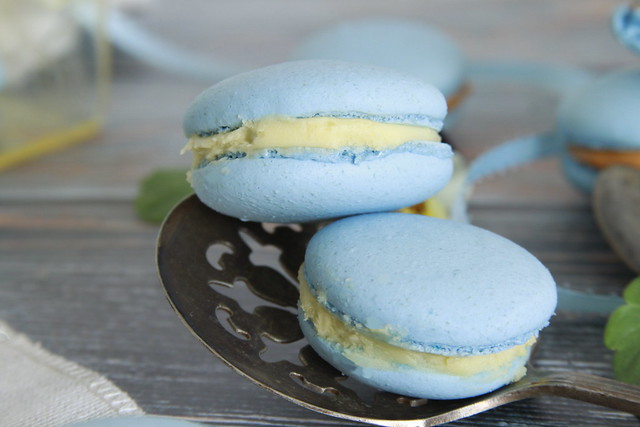 I generally try to rewrite my recipes for posting here, but for this recipe (because of potential copyright) I will link you to other sites that have the website. I used the macaron recipe from The Brook Cook 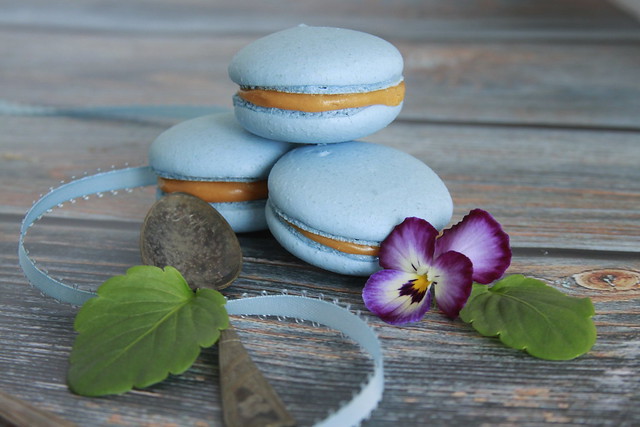 I could not rewrite and mix around the precise steps written in the Bouchon Bakery macaron recipe. The steps are particular and need to be followed to a T.

In terms of the French butter cream I added a cup of powdered sugar to cut through the intense buttery taste. The other filling is leftover salted caramel frosting from my Samoa cake. 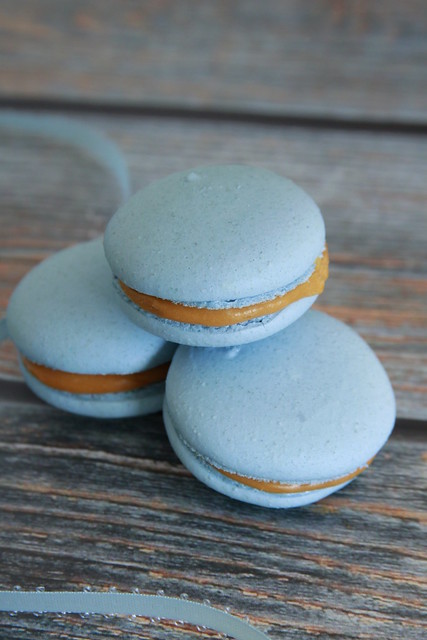 I think I’ll be starting many future Mondays with French macarons. If only Macaron Monday was a thing! The logic behind the name was the color. This soft blue and creamy off-white where so indicative of the early 2000s obsession with french Country design. Do people still do French Country interior design anymore? It always seems to come out gaudy. Anyway these macarons are far from gaudy. Their classic in shape, texture, size, and flavor!