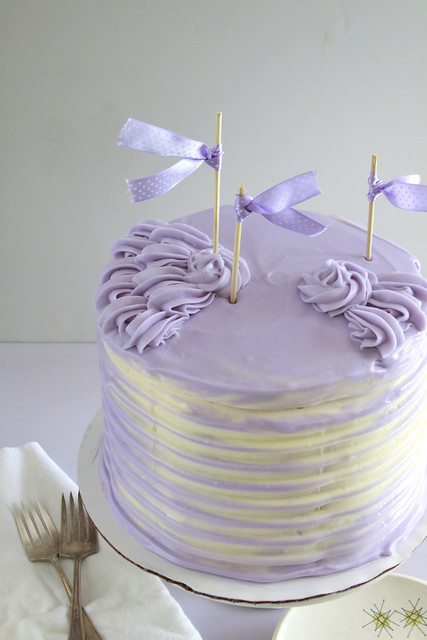 Cream cheese. In New York cream cheese is the essential ingredient in cheesecake and the ultimate condiment for a boiled bagel. Similar to Europe’s Neufchatel and Mascarpone, cream cheese (originally) is served unaged, making for a young, sharp flavor. 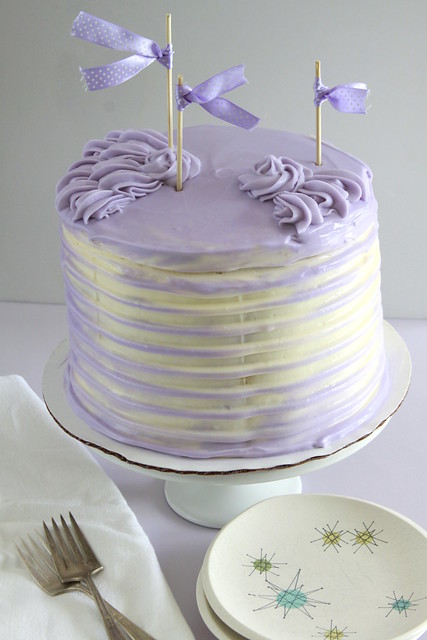 Yet the cream cheese Americans know derives , not from Philadelphia, but from the New York Catskill region. 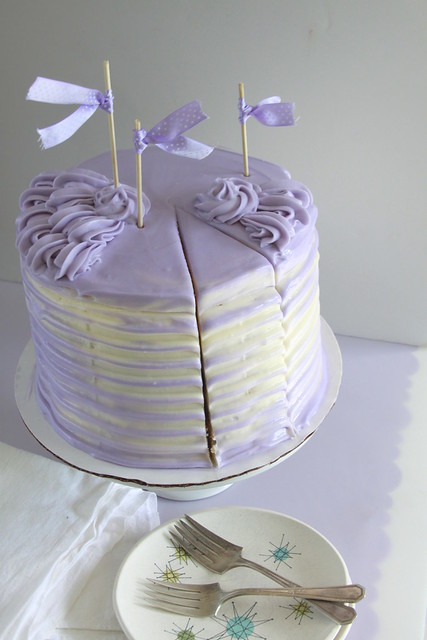 During the late 19th century dairy farmers, who wanted to sell their products down in New York City, could not get their product south. Despite the use of refrigerated cars, transporting meat from Chicago to the East Coast, such technology was inaccessible to these rural farmers. 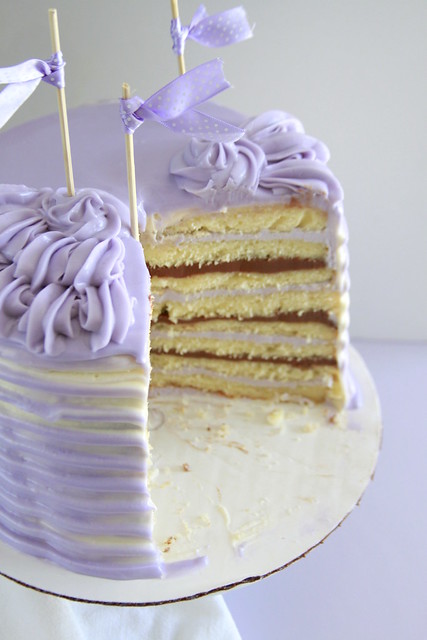 Long standing dairy preservation, cheese making, made it possible to sell dairy down in the city. Cream cheese had many trial runs, but it was William A. Lawrence, with the help of a New York distributor, who first sold the soft spreadable cream cheese to the consumer market. 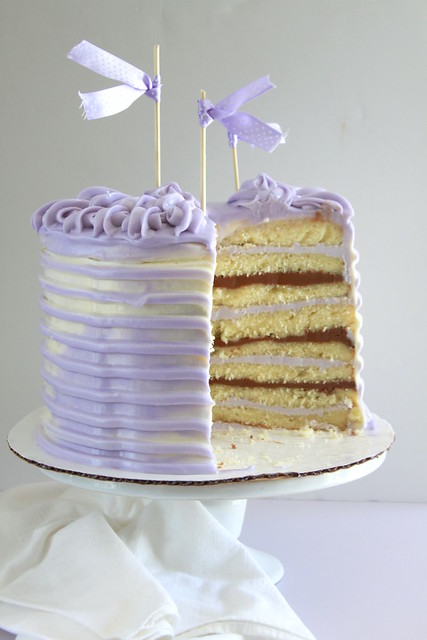 Philadelphia, had nothing to do with the origins of cream cheese. Naming the brand after the city of brotherly love implied high-brow connotations the posh city. 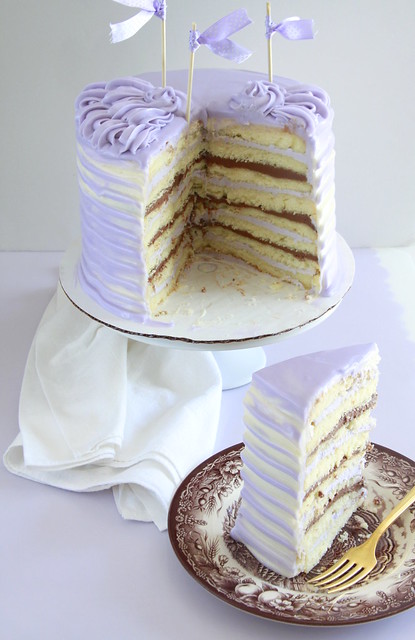 (I had to change plates, the cake was too tall!)

Living in the Catskills means you grew up in dairy country. The region may not be as active as it use to be, but the heritage of dairy farming is deeply planted in the region. Streets are named after the dairy farms. Large tankards drive down state roads. Here and there you’ll see sprinklings of cows. 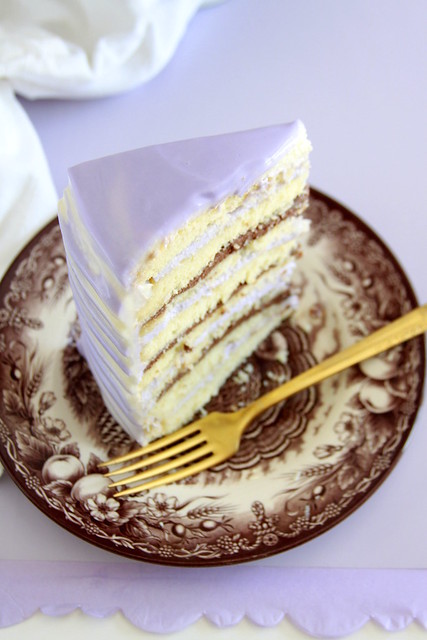 Why Dairyland? In fact, Dairyland is a this mini-stretch of an area straddling on the edge of a Hudson Valley county’s winding road. Part of the borscht belt region, Dairyland is nothing more than land. No town, no attractions, maybe a few houses. Occupied? You couldn’t tell by driving through Dairyland. 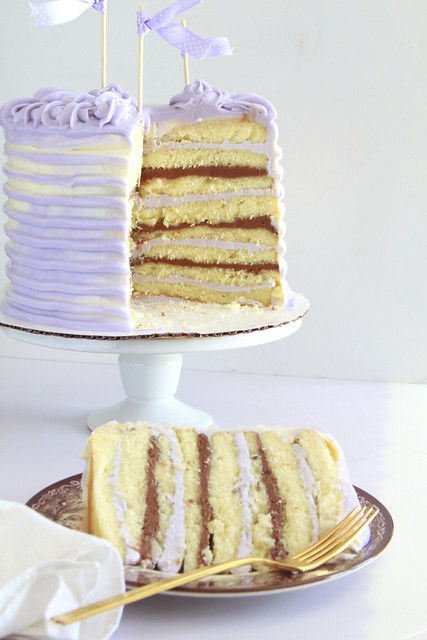 I never understood Dairyland, but it is cute, for the handful of miles it spans. A dairy farm at one point, the Dairyland area sits dormant. I doubt it ever produced cream cheese like other Hudson and Catskill farmers, but like Star/Philadelphia it’s all about naming. Doesn’t Dairyland sound perfectly pastoral? 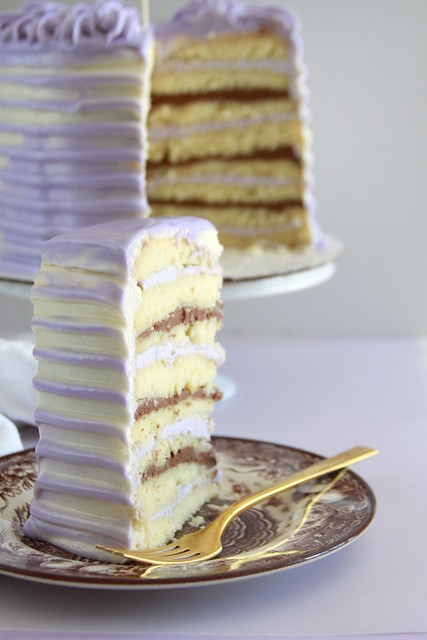 To the cake! I must describe the cake! The Dairyland Cream Cheese Cake is denser than the Popcorn Cream Cake or the Good Morning Cereal Cake. For stacking a cake to this degree, I needed a tighter, more compact, crumb.

The frostings have high ratios of cream cheese but still have butter and powdered sugar to provide some structure. This frosting is softer than most and is reminiscent of that liquid cheesecake filling. 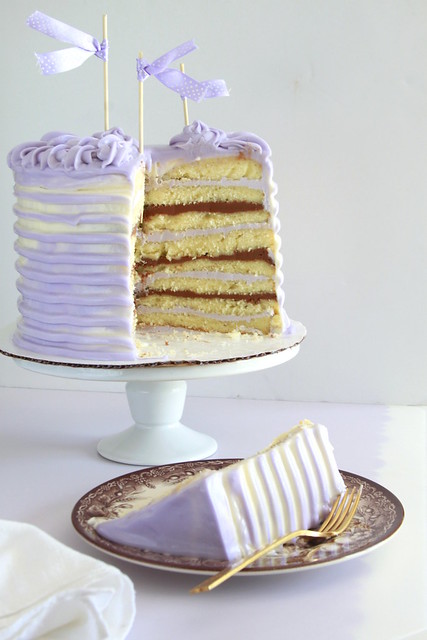 The two toned technique is seemingly simple but also a one-shot kind of deal. An initial plain coating of frosting is applied. You follow by adding a second colored coating. Once the colored frosting is applied you run a decorating comb through the frostings. This removes a decent amount of the color to reveal the white color underneath. No repairs or redos are possible especially with this frosting. The more your mess with the comb through, the more the two colors will blend together. 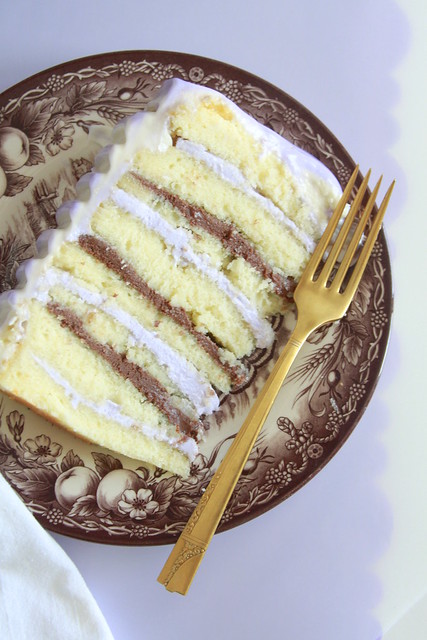 This cake gets better with age. Similar to French macarons, the melding of the cake layers and frosting layers produces a harmonized fusion of flavor that is more moister and more tender. 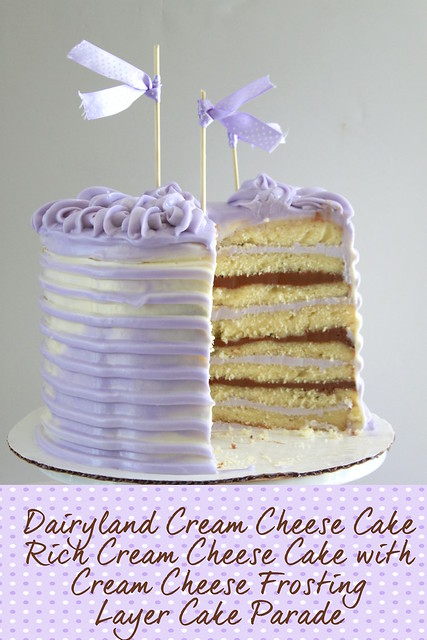