Move over Brooklyn Blackout Cake, you have a rival contender! Brooklyn Egg Cream Cake is a cake version of the classic old school egg cream. The levity found in the foamy soda fountain drink is replicated with an angelic chocolate chiffon, light mousse, and smooth chocolate sour cream frosting. 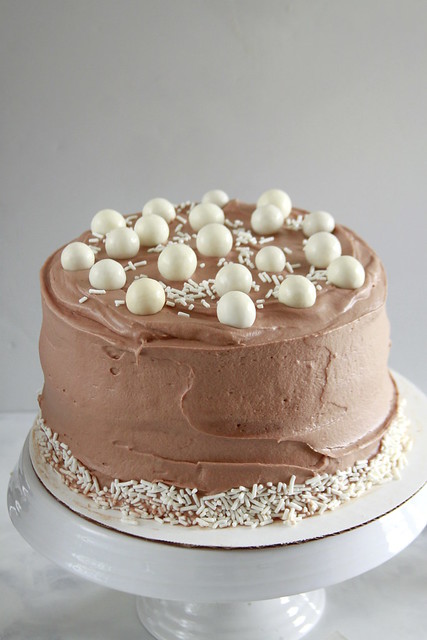 I did not grow up with childhood memories of cooking or baking. Recipes and fondness around food were something foreign. When I hear people speak of their relatives with food-filled memories, I ponder and wonder who at Hallmark or Lifetime created such sappy scenarios. 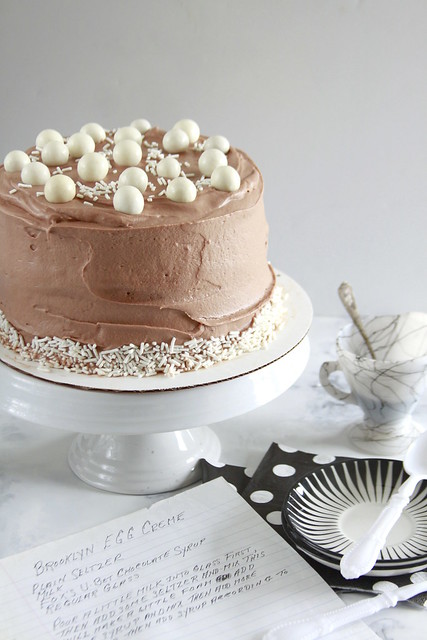 I do not have family treasures or heirlooms. Yet back in 2011, I sat down with my grandfather and he gave me an heirloom, a recipe. We had no deep connection. I was one of three granddaughters and one grandson, I wasn’t a boy nor was I close, so nothing ever blossomed into a relationship. 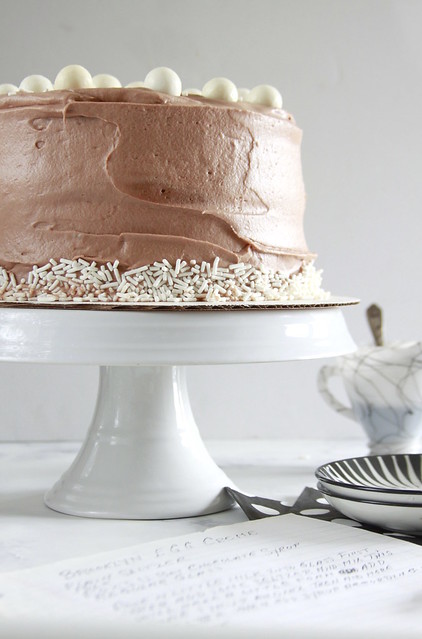 But I spent two weeks in the sultry Florid heat, driving him and my grandmother around, cleaning their apartment, and cooking. The day of my departure, we sat at the kitchen table doing nothing in particular except waiting for time to lapse. We both knew, but never spoke of the reality.We’d never see each other again, he was dying and we knew it. To filled the underlying reality, we spoke awkwardly about a neutral topic: food. It was there that he wrote down my first family recipe—a Brooklyn Egg Cream.

I think everyone is afraid of death. What do we leave behind, do we even have an impact? It’s frightening and immensely depressing to think back of all of the stupid crap we wasted time over. 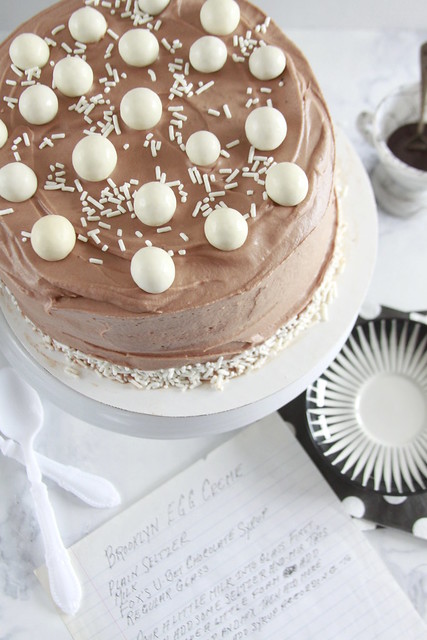 I know my grandfather got the short end of the stick in life. He was 17 when he enlisted in the navy and was a runner for the Normandy landing. Whatever opportunity the GI bill offered, he declined. I don’t think he was able to process much of anything after the war, it’s like going through the motions of life. 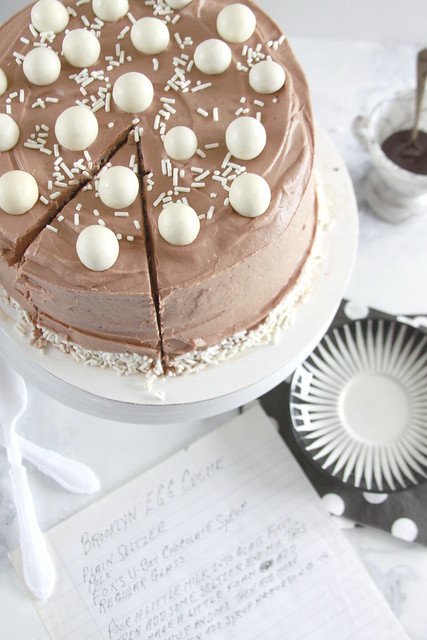 What I do know is that he’d be proud of this cake. An avid sweet addict, he’d come home from his letter carrier postal route to eat jelly beans and frosted flakes covered in sugar.

The Brooklyn Egg Cream Cake is light and dissolves in the mouth. Texture is the key to recreate the carbonated levity that you find in an egg cream. A chiffon cake, a mousse, and a whipped frosting make for an airy taste. 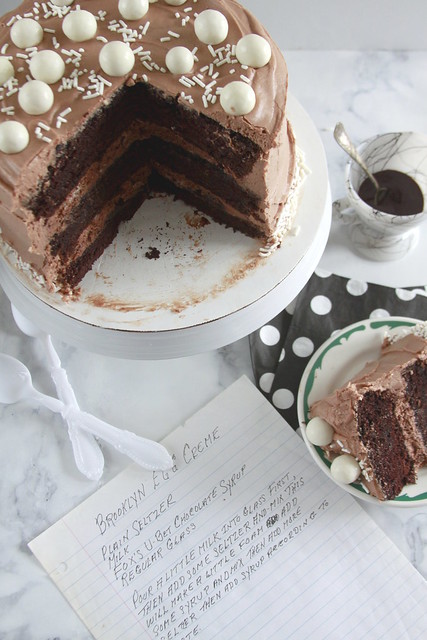 Material items—like this Egg Cream recipe—will outlive their creators. Similar to old cars and rambling ranch houses owned by the same couple who built it in the 1950s, recipes act as a timewarp. You cannot rewind time, but you can certainly reignite a memory. This Brooklyn Egg Cream Cake recreates a dormant feeling, straight out of an era we love to remember, but never remember correctly. 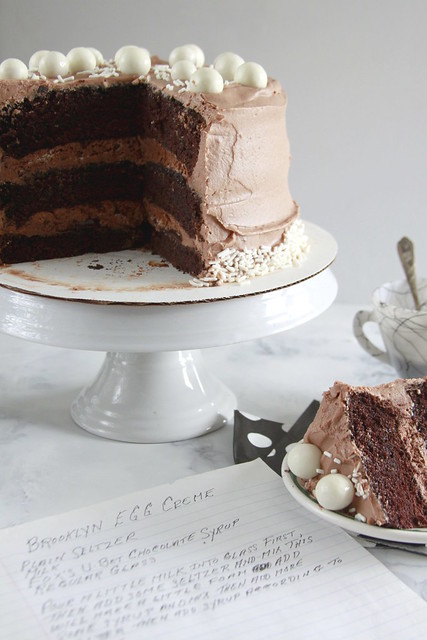