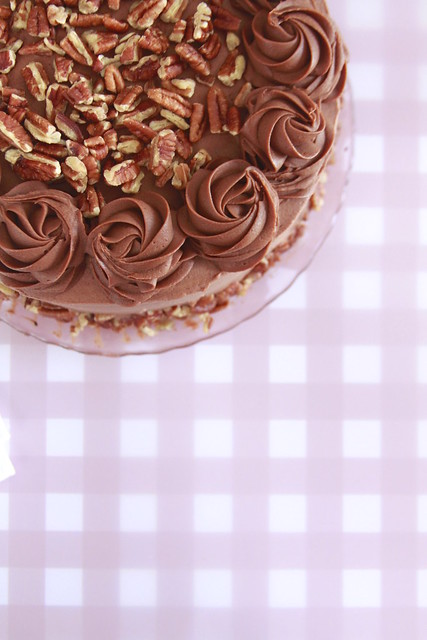 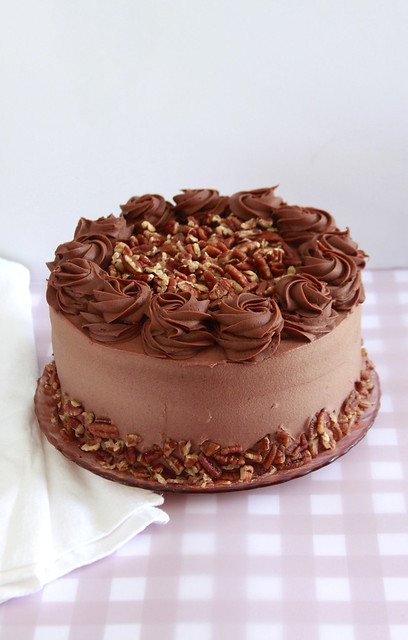 I needed to make a Texas themed cake sooner or later. Finding the bag of pecans in the kitchen cupboard sealed the deal—I had to bake a pecan cake. Making the pecans the star of the show was not hard, but making a unique dessert was a different matter. There is a saturation of pecan filled desserts out there. Not that old time recipes are bad. I love butter pecan cake or pecans with caramel, but I wanted to develop a new cake combination while still having an old time heritage feel. 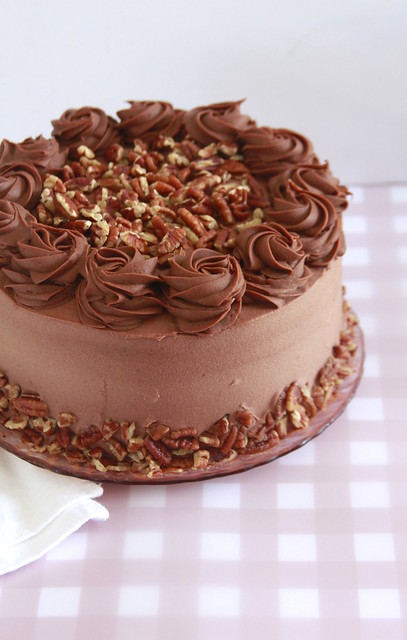 Pecans are the quintessential dessert nut. Less bitter than other nuts, pecans are the go-to mix-in for bars, brownies, cookies—and of course—cakes. Toasting the nuts enhances these smooth and buttery flavors. Sadly, pecans became (or have they always been?) disgustingly expensive. 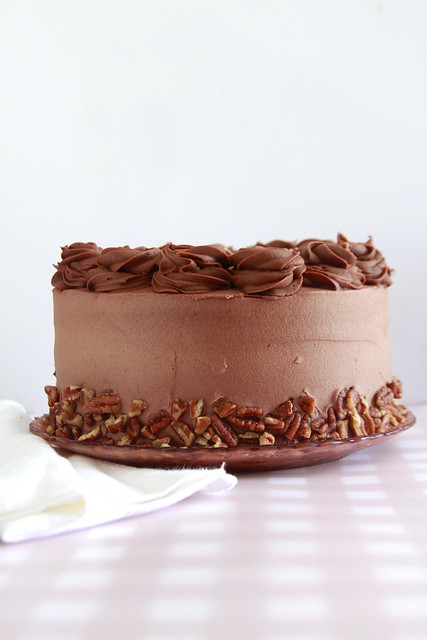 The United States is one of the largest producers of pecans and we should be—pecans derived from the North American continent. Yet with a rising international appeal, the demand on pecan exports sadly drove the price up both internationally and domestically. 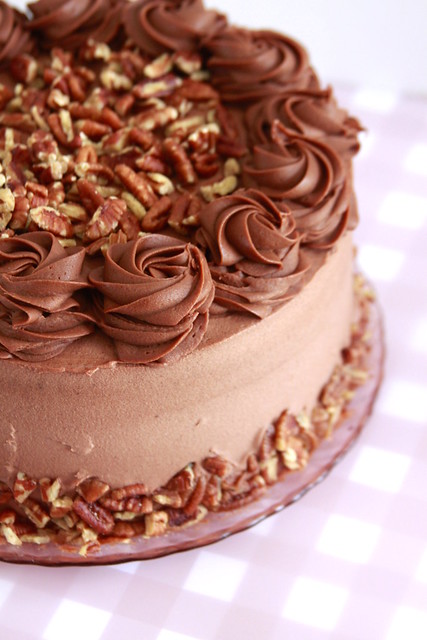 I came across this recipe on Texas Coop Power. On their site, Texas Coop Power has multiple recipe contests. The cake component for this Texas Pecan Cake won a contest and I was itching to see why! The brown sugar in the cake batter accentuates the warm rich notes of the pecans. Soft and pillowy, the delicate cake gets a textural contrast from the toasted pecans and gets moistness from ricotta cheese. Yes you read that right, ricotta. In this case, the eggs separating method worked the best, giving the cake a two-hit punch—the egg yolks provided moisture, while the beaten egg whites provided levity. 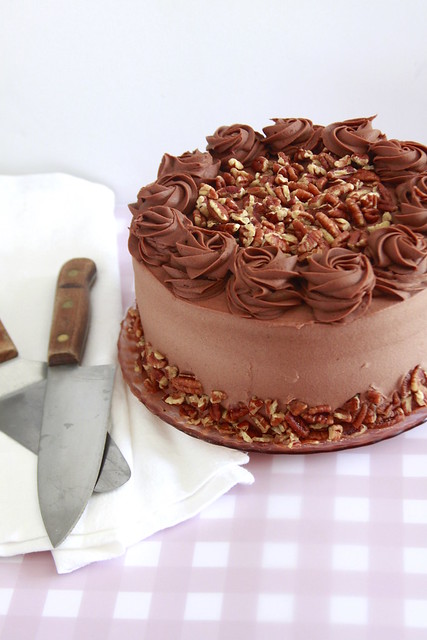 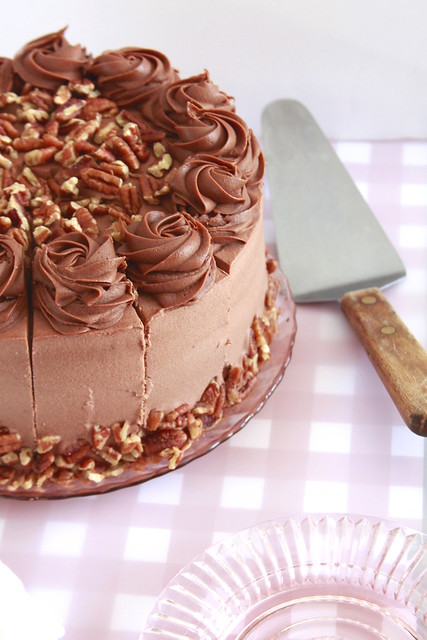 To further drive home the Texan vibes, a cinnamon laced satiny milk chocolate frosting was needed. This frosting is reminiscent of Texas chocolate sheet cake. You may think this frosting is weird on it’s own, but when paired with the brown sugar cake, it tastes phenomenal and extremely well balanced! 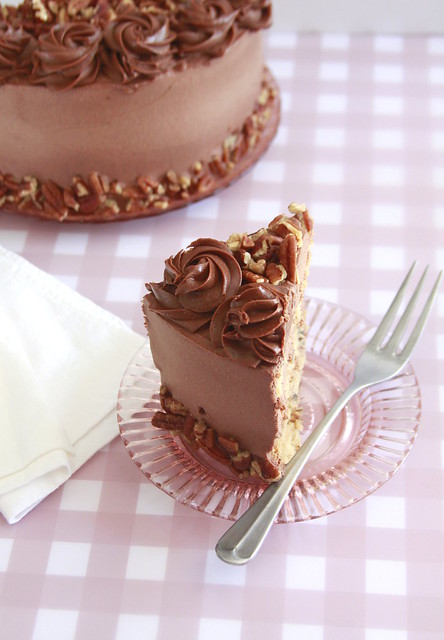 Warm spices, buttery, crunchy, creamy, and chocolately—Texan Pecan Cake delivers in all of these categories! Though the cake is innovative with ingredients like ricotta cheese and with new processes like ice bath whisking, Texas Pecan Cake has a homey rustic feeling. This cake tastes like that special cake at a potluck or holiday party. It’s the cake you love to eat again and again, it’s the cake that secret ingredient. But here it is, Texas Pecan Cake for holidays or simply because it’s Thursday! 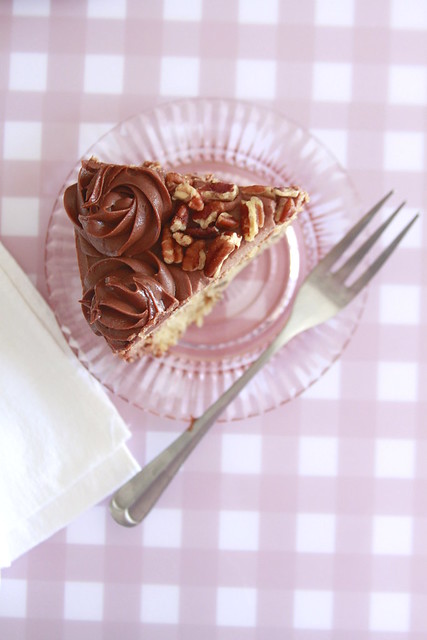 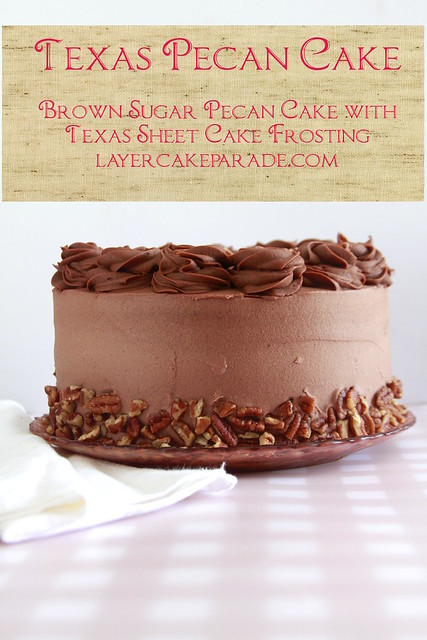 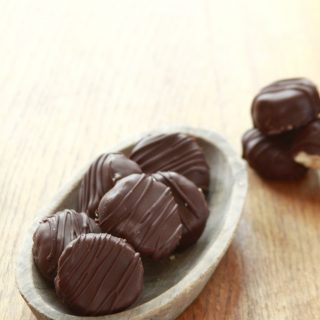