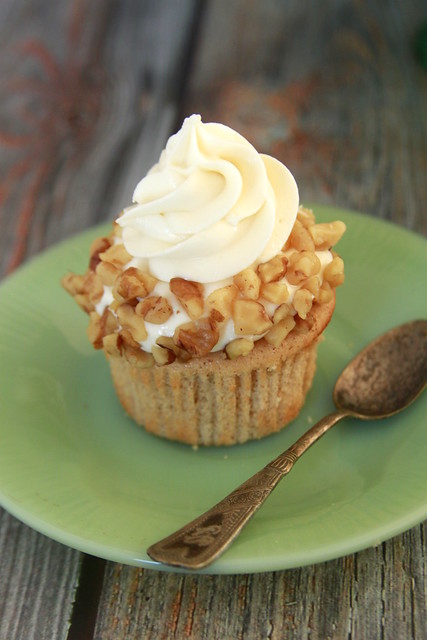 After some seriously child-forward Halloween delights, I decided to turn onto a different route. 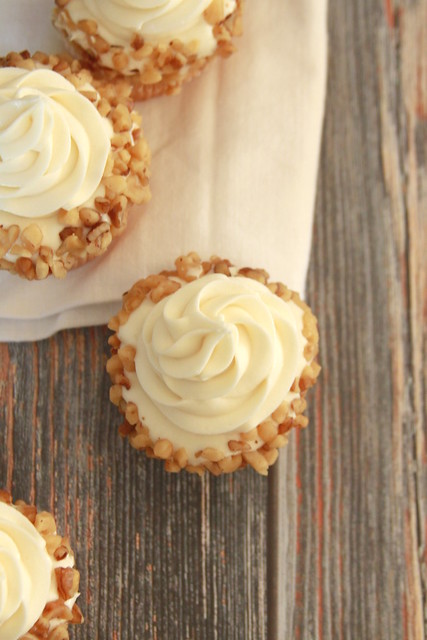 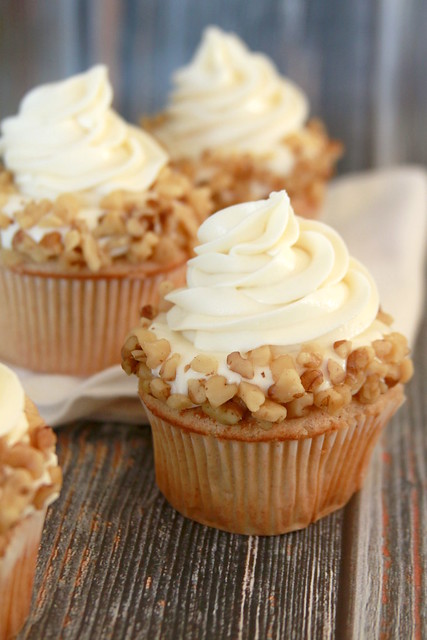 But cupcakes can be revived to be pretty and oh-so suave. I think the cupcake craze of the 2000s and into 2010s elevated cupcakes. However like most phases, the dessert trended turned its back on the cupcake in favor of French macarons and doughnuts. 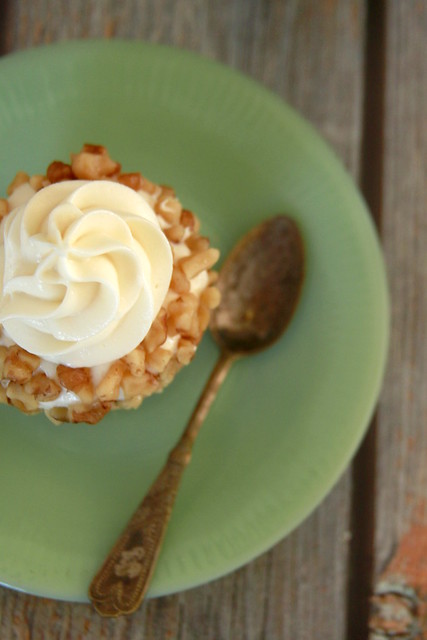 I guess you can say I’ve aged slowly. It’s taken me a while to appreciate the intense tartness that goat cheese holds. Enjoying goat cheese is just one step away from doing more adult-ish things like stocks and bonds, life insurance, and driving a mid-sized SUV.

Rather than having goat cheese on some fancy cheese board, I took the cheese down a notch in fancy-maturity and used it in a dessert. 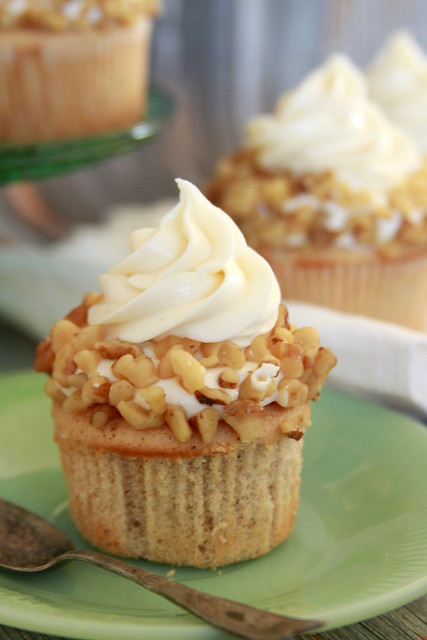 The cupcakes are tender and subtly seasoned with apple cider and cinnamon. Alone in a frosting, goat cheese would be a gritty and granulated mess. Here to the rescue is cream cheese and butter to give the creamy smooth mouth feel.

Toasted walnuts garnish the bottom of the cupcakes, giving the cupcake needed crunch. 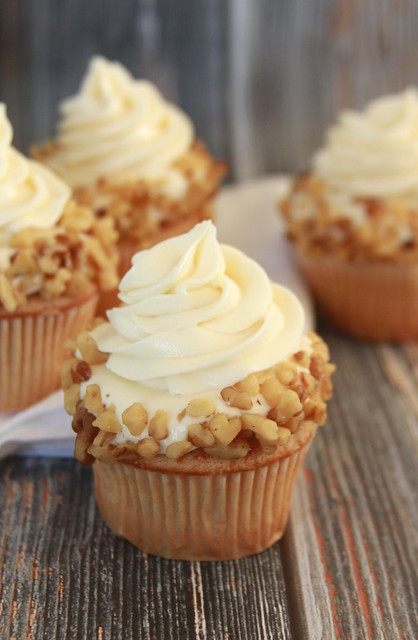 I used two different tips to pipe the frosting. I used two tips for the frosting: a round tip created the base (which I coated in walnuts), and an open star tip made the second final layer. The cupcake to frosting ratio is 1:1 and that might be too much for some. Yet this ratio gives the cupcakes dramatic height. Nothing is worst than those short squat cupcakes you see at bake sales. You know the type. The ones with frosting spread on with a butter knife. The ones with sanding sugar dumped onto the top by some eager grade school child. Those sort of cupcakes are simply dry muffins with a thin coating of canned frosting. 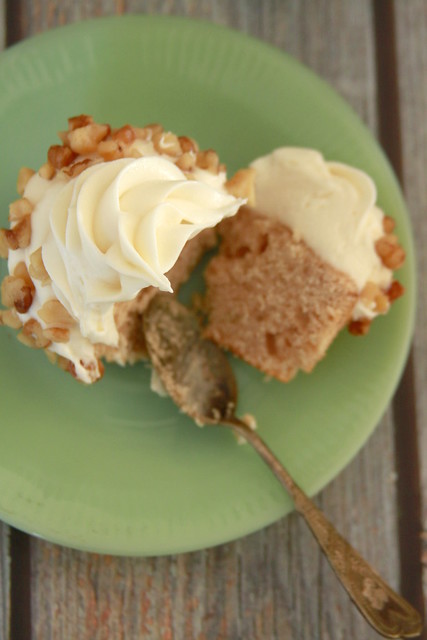 Break that cupcake mold and revive cupcakes from their tired bake-sale state! 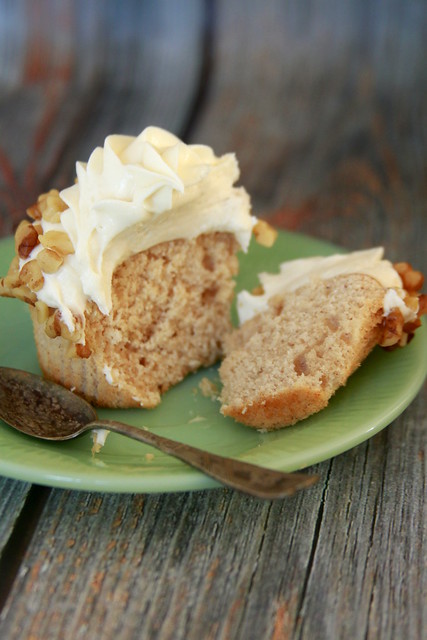 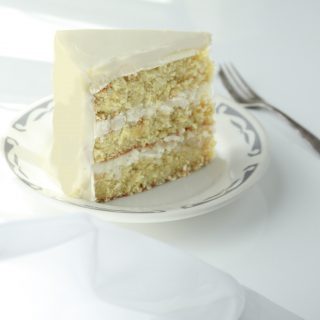 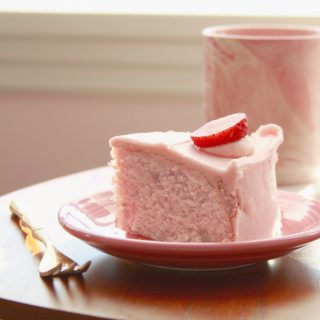